The crew of the hit Netflix series Stranger Things was in Vilnius filming part of the show’s fourth season. Shooting took place at locations around the Lithuanian capital, including the recently closed century-old former prison.

Season four of the critically acclaimed Stranger Things was being shot in Vilnius, Lithuania. Preparations for the production started last November and filming ended on 14 February.
The crew, along with some of the show’s fan-favourite actors, have been busy filming episodes for the upcoming season, which still has no official release date. The show was filmed at the former century-old Lukiškes Prison and other locations in Lithuania.

The prison, which was built and began holding inmates in the early 1900s, just ceased operations last year. During the tumultuous 20th century in Vilnius, interchanging regimes – including Imperial Russia, the Soviet Union, Nazi Germany, and finally, independent Lithuania – all used the structure as a prison.

While working in Vilnius, the show’s Director Shawn Levy remarked, “From the start, Stranger Things has been inspiring to all of us lucky enough to work on it. My adventure here in Lithuania in bringing the reveal of the ‘American’ to life has been a huge challenge but an even bigger inspiration, and we are so thankful to the city of Vilnius and the beautiful country of Lithuania for their hospitality. The Duffers and I have been working alongside the brilliant Netflix team for months to pull off this surprise. All the hard work was worth it, however, to bring our fans—the greatest fans in the world—this epic reveal they’ve been hoping and waiting for. And this is only the beginning…” 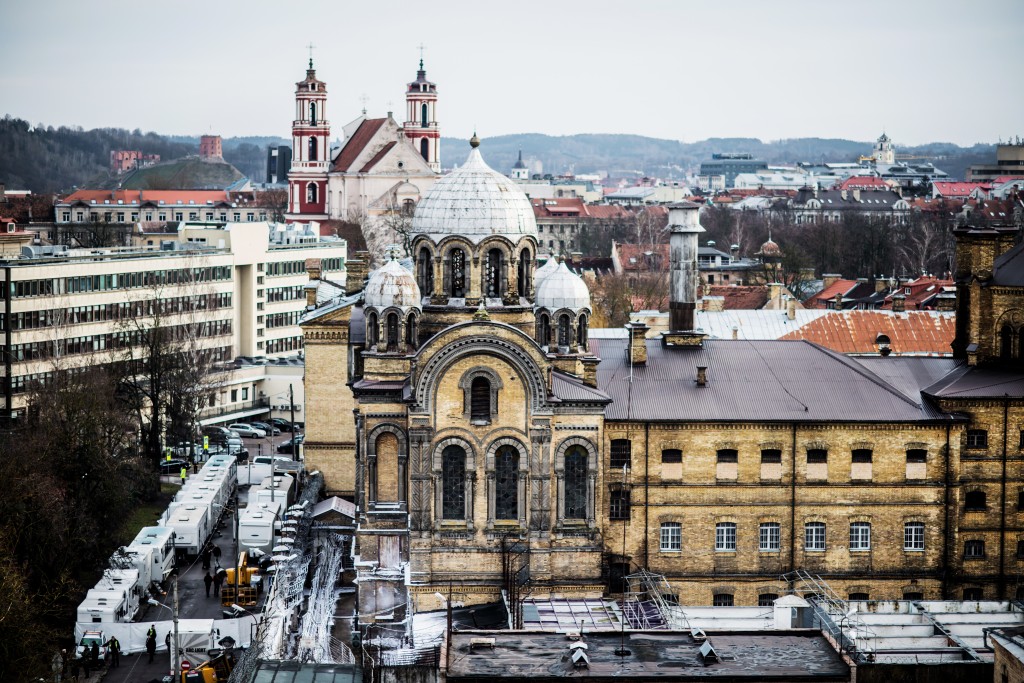 Vilnius is becoming an increasingly popular shooting destination among filmmakers globally. Other hit shows like HBO’s Chernobyl, and Netflix’s Young Wallander and Tokyo Trial were also shot in Vilnius in recent years. The city is attracting high-profile productions due to its multifaceted history, ability to provide backdrops representing different historical periods, and a highly skilled film industry workforce.

A former Lukiskes prison is now open to filmmakers

Photo by Jonas Krivickas   Vilnius, the capital of Lithuania, is rapidly becoming a crucial film production location in

Baltic Pitching Forum to once again shine a spotlight on new talents from Estonia, Latvia and Lithuania